Various factions within the USA are squabbling over what Russia did/didn’t/may/may not have done to affect the US election. You can track these feelings based on whether the FBI or CIA prefers Trump or Clinton. Consider the FBI’s October surprise on Clinton on the weekend before voting day for instance.

People are starting to talk about doing the election again. Noble thought. But America’s “democracy” has been tainted since almost the beginning by the Electoral College itself, and also by how states run each election internally. States that are controlled by either of the 2 major parties.

The USA has no Elections Canada or Elections BC to run non-partisan elections where hanging chads, paper ballots, hackable machines, broken/missing/non-existent machines in undesirable districts, illegally removing undesirable people from the voters list, not counting ballots, etc. are part of the American experience of simulated democracy.

But now MI6 is asserting that Russian hacking undermines their sovereignty.

War sucks, man. But in the post-Cold War era of economic globalization, we have fewer hot military wars and more cold economic wars. People aren’t nuked as much, but they and their communities/nations are increasingly impoverished so more economically-powerful countries can become richer at their expense. But that was what hot military war was all about anyway, right?

Then with the internets, people worry about cyber-crime/-terrorism/-warfare. Why have military or economic warfare when hacking vital systems or ransomware can produce shifts in global power and wealth.

And what about The Bear. Silly us, thinking that maybe only the Chinese or North Korean hackers are any good. Are the Russians playing the USA and UK?

Russia annexed Crimea and is helping further destabilize Syria. See the links above to track how the USA and UK are assessing how much The Bear has tampered with their electoral process and sovereignty.

So who’s the winner of the 2nd decade of the 21st century? The Bear. And the decade isn’t even over yet. Because even if they stop hacking now, they’ve already set enough balls in motion to come out ahead of all other imperial pretenders.

And they now have an American president who: 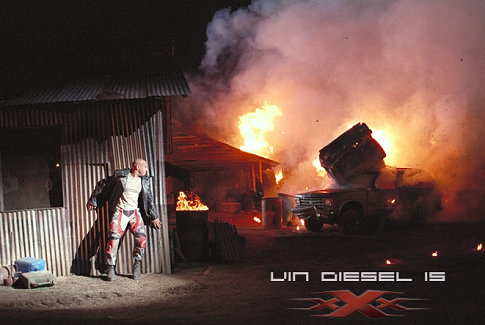 Then Time magazine labels him person of the year and he can’t even accept that without pushing the misogynist line that he should be man of the year. Not person.

Honest to Pete, if Trump wanted to have dictatorial control of the United States of America, please tell me what else he’d need to do? I’m drawing a blank.

So let’s stop giving Trump more chances to be civil. To him, it just makes us look more weak and more in need of a strong man leader. After all, it’s not like this is a new idea!

Virtually every action he’s taken since the election has led America to greater vulnerability to his fascist control of the nation, and closer control by Putin. Even the whole Mexican wall and Muslim registry now look like distractions from an end game of not even supporting The Bear because he admires Putin, but trying to be a firm leader LIKE The Bear to, get this, make America great again!

And we have Duterte in the Philippines literally executing thousands of people, allowing the police to do it as well as paramilitary or civilian groups to take part as well. Trump will embolden murderous leaders like him all over the world.

Meanwhile, as we pivot to the new world that we hoped we’d create, one with empathy and justice and dignity for all, we have to wonder if every 80 years from now on we’ll be distracted from this pivot by having to eradicate fascism again.

It’s possible that the second amendment may actually be the vehicle for anti-fascists to remove their tyrannical leader if Trump levels up from proto-fascist to first citizen.

A second war of independence? One that restores democratic institutions to a new Trumpless state?

Like I wrote above, what else need Trump do to start shoveling executive orders at us and eroding American “democratic” institutions to the point where President For Life becomes his thing.